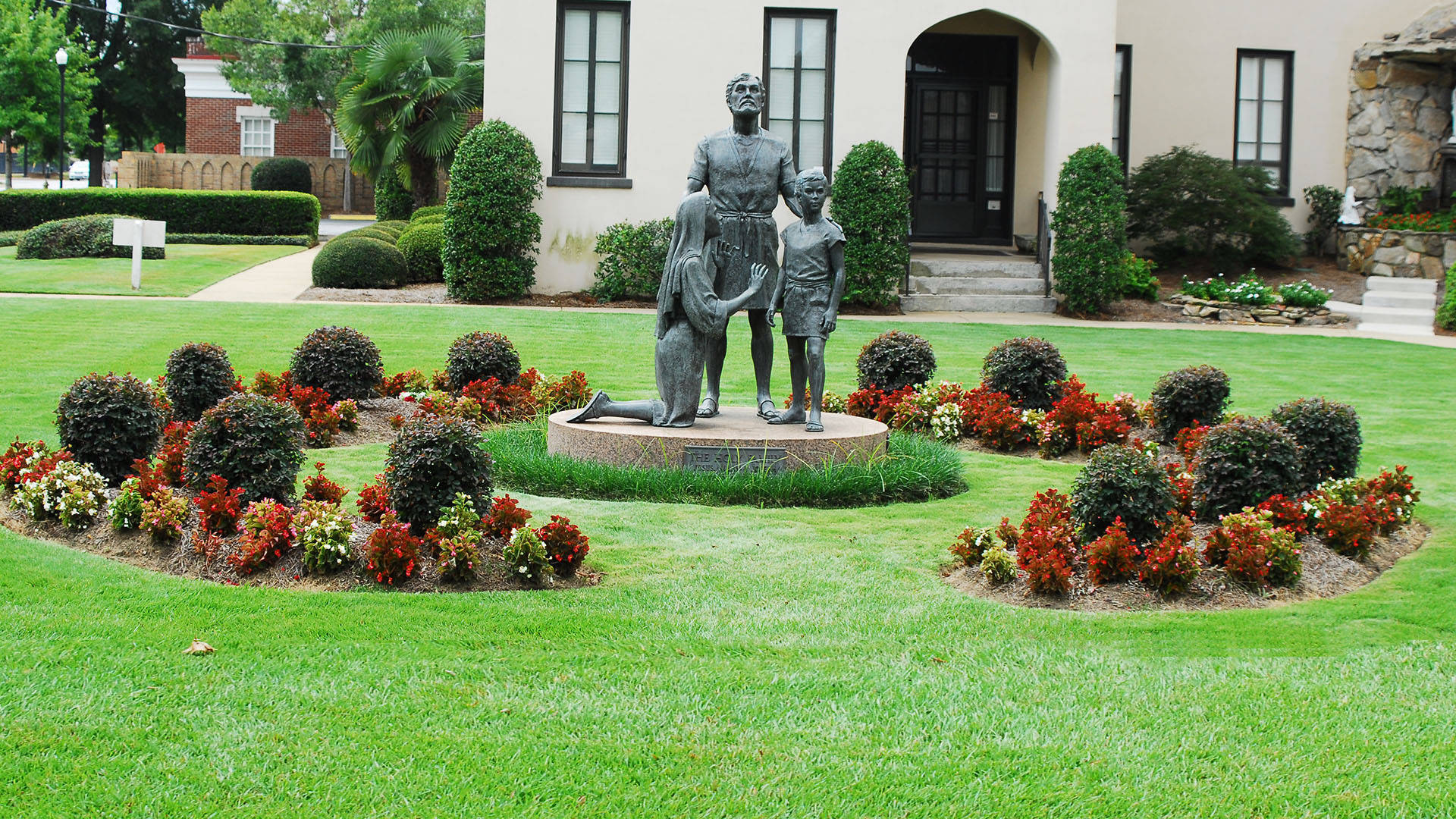 New To Our Parish

The Church of the Holy Family 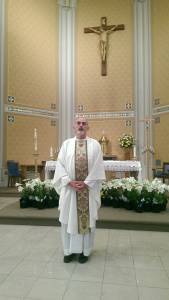 Congratulations Father Dan on the 49th Anniversary of your Ordination to the Priesthood.    May the Lord continue to bless you and bring you peace of mind and heart and and give you joy in the year ahead.

Father Dan continues to improve and is doing well.  Please keep him in your prayers as you are always in his.

SACRAMENTAL EMERGENCY . . . In the event that you have a sacramental emergency and Fr. Stanton is not available, please call St. Anne's Church and ask for Fr. Robert Schlageter, Pastor of St. Anne’s Church.  Please call 706-561-8678.

WEEKEND MASSES RESUME . . . Saturday June 6th 5:00 PM and on Sunday June 7th at 11:00 AM.
Please follow social distancing guidelines. There will be no confessions at this time.

WEEKDAY MASSES RESUME. . . Monday May 25th the church will be open once again for the 12:10 p.m. Mass, except on Wednesdays. We ask you to please wear a mask and social distance within the pews. Please feel free to call the church office at 706-323-6908, or check on our website – www.holyfamilycolumbus.com, our parish app – myParish – Catholic Life, or Facebook page – The Church of the Holy Family, and our bulletin for updates.

Saturday 5:00 PM (No Confessions at this time)

Church & Office are both closed on Wednesdays.

Saint of the Day Edmund Campion was born in London on January 25, 1540. He was raised as a Catholic, and had such a powerful and flamboyant intellect that at the age of only 17, he was made a junior fellow at Saint John’s College of Oxford University.

On visiting the university, Queen Elizabeth I was so taken by Edmund’s brilliance, as were a few of her dignitaries, that she bid him to ask for anything that he wished. The exaltation and praise of so many fed his vanity and eventually led him away from his Catholic faith. He took the Oath of Supremacy and acknowledged the Queen as head of the church. He also became an Anglican deacon.

St. Eligius was born in Chaptelat, near Limoges, France around 590 A.D. to Roman parents. At a young age, his father recognized that his son had an unusual talent and sent him to the famous goldsmith, Abbo, who was the master of the mint at Limoges. Later on, Eligius went on to work at Neustria. From there, he was recommend to Clotaire II, king of Neustria, who commissioned him to craft a throne of gold adorned with precious stones for him. The honesty of the Saint impressed the king, and he was rewarded by being appointed as master of the mint at Marseilles, and by being taken into the royal household. After Clotaire II’s death, the new king, Dagobert, appointed Eligius to be the king’s chief councilor. Eligius eventually became so well known that ambassadors paid their respects to him before going on to see the king. The charitable and honest Eligius took advantage of his status to obtain alms for the poor and to ransom Roman, Gallic, Breton, Saxon, and Moorish captives who were arriving at Marseilles daily. He was able to get the king’s approval to send his servants through towns and villages in order to take down and bury the bodies of the criminals whose bodies were executed and displayed as a further punishment. He founded several monasteries to which he introduced, at least partially, the Irish monastic rule. He also built the basilica of St. Paul and restored the basilica of St. Martial in Paris. In honor of the relics of St. Martin of Tours, the national saint of the Franks, he had several churches built. He did the same thing for St. Denis, whom the king had taken as a patron saint. At court, Eligius and his friend Dado lived a life that followed the Irish monastic rule, introduced into Gaul by St. Columbanus. When King Dagobert died, Queen Nanthilde took the throne. At this time, Eligius and Dado left the court and entered the priesthood. When Acarius, the bishop of Noyon-Tournai died on May 13, 640, the clergy and people unanimously made Eligius his successor. Because the majority of his diocese was pagan, Eligius undertook the conversion of the Flemings, Antwerpians, Frisians, Suevi, and the barbarian tribes along the coast. When the body of St. Quentin was discovered, Bishop Eligius had a church built in honor of the saint. Adjoined to the church was a monastery under the Irish rule typical of Eligius’s rule. The bodies of St. Piatus and companions were also discovered during his episcopacy, as well as the remains of St. Fursey, the celebrated Irish missionary who died in 650 A.D. Eligius died on December 1, 660 and was buried at Noyon. St. Eligius is the patron of goldsmiths, blacksmiths, and all metal workers. Taxi drivers have also put themselves under his protection.

THE CHURCH OF THE HOLY FAMILY - LOCATION